How do we take and document our decisions

Our pledge says the following:

A few issues I have encounter people saying:

I’m dumping ideas here taking into account that we are structuring ourselves in circles. Aside from chats I had with @Thomas this has not been discuss anywhere before if I’m not mistaken - so please consider these as ideas everyone can heavily martyrize.

1: As long as the decision is involving only one circle, this circle can decide on its own how to make that decision and where to store it

I’m proposing this in order to simplify a bit the process to start and especially because I think our problem space is more about how to take decisions when several circles are involved.
It’s only solving partially issue number 1, but I feel like it is easier to first ask: should I check my proposal with only my circle or is this more global?

2: if the decision involves several circles, at least 2 people need to facilitate the proposal

I’ve noticed this during the recent Reactive Reals vs React discussion. It was great that Lynne step up to hold the “business” proposal while Matt was facilitating the tech proposal.
Maybe we can build a best practice around this and always find a representative in each circle impacted? The team thus formed would work on a proposal to bring to the global community for final decision.

This was introduced in a presentation @Thomas gave at a global hangout. I’m re-introducing this idea here because I feel we need to anticipate a bit our decisions so we have time to discuss them. This means writing up some rules to give an idea of how long the community has to reach a decision.
Something like:

What do you think? It means that discussions are open during 2 weeks in which people can also make amendments / different proposals. If it is a bigger decision that needs a longer process it can of course be made. It’s just a generic approach.

4: Always conclude something after the deadline

I might be completely naïve, but I’m under the impression that if no decision were made on some topics it was either because there was no rush, either because we had lots of decision at the same time and the facilitator got lost.
I think that in these cases, time frames are helping: after the post is open for 2 weeks we can either left it open for another period of time or take some time to properly document that no decision was made because [reason]. - Hoping this can help on issue number 3.

. So in the meantime, in order to help on issue number 1, how about we create a list of handles per circles so that we just need to copy paste these handles in our discourse posts? I’ve also seen that the group feature of discourse can generate handles, but I haven’t dig deeper at this stage.

And re voting I absolutely have no idea how to define voting, but I agree it is very interesting to define it before needing to vote on something. Indeed votes only occur if we need to reach a decision and no consent is emerging.
For example in France, if we need to use a vote, people working for OFN or using OFN services/softwares have more weight in the voting process than other people. But how to introduce this within OFN global circles? Do we say each circle has 1 voice? And to start, each circle has equivalent weight?

haha I almost feel like I should have made 1 discourse post per idea… I hope this is readable!

Hey, this is a very nice read. Thank you!

The first question that came to my mind when reading 1 and 2 was:
Are the circles clearly defined, documented and communicated? If so, where?
I could only find drafts from the Global Gathering here.

Thanks so much Rachel - well said, and I’m so glad someone took the time to document!! I concur with the processes you suggest. But - I don’t really know how to apply decision processes right now because, I don’t think we have finished forming our circles (or at least the key ones).

For example, I think we are assuming circles exist and people are in them. But I don’t think this is clear - I don’t know which circles I’m in for example. I know I dip into slack discussions - but I never understood I was making decisions as part of a circle. More importantly - I’m not sure others understand I’m a ‘delegate’ to a circle and making decisions there on behalf of them.

If we have a kind of ‘gut’ or intuitive feeling about whose in what circles then it should be easy to just document this: Who the circles fist members? Then those members can document: what things will the circle make decisions about? and what is the process for joining the circle? . Then an invitation to join the circle could be clearly issued. From there, the circle will grow and can decide other things (who it will communicate with? what tool it will use? will it have zoom meetings?..)

I"m sorry if I am stuck and others aren’t. If circles and membership are clear to others - maybe just share your understanding?

But - I don’t really know how to apply decision processes right now because, I don’t think we have finished forming our circles (or at least the key ones).

I think, at least at this stage, we need to acknowledge that circles are living things and will not be started or finished. Many of our circles will likely change in membership often, particularly those mostly of unpaid team members, so I would suggest that at this stage we can use process rather than boundaries (as per Rachel’s post) to navigate without becoming rigid. We might need firmer boundaries in the future, but let’s not build preemptive fences in fear

If there is a circle that particularly worries you in the lack of visibility or knowledge you have about it, that would be a strong indicator that you see something others don’t. This is a gift and i would invite you to act to resolve the tension you feel. I encourage us to live like a wild organism - our emotions are our guides to act

So in the meantime, in order to help on issue number 1, how about we create a list of handles per circles so that we just need to copy paste these handles in our discourse posts?

This is the most needed thing right now. A kind of index of circles and handles, that can be updated by anyone(?) and includes handles on Slack and Discourse for anyone that wants to be notified of things going on within the circle.

As a proposal (and to ride the momentum) how about a google sheet linked from a pinned post both in Discourse-Governance and Slack-#global-governance? Something like this as a proposal. If the proposed Google Sheet looks useful to others I’ll invest an hour in setting it up properly and documenting how to use it.

and wonder if we can use @lin_d_hop 's sheet (which I really like) to create the circles we feel we are part of (I have added country circles as a suggestion) and then add ourselves to the circles. We could also ‘invite’ other people to a circle as a ‘suggestion’ in that sheet. That person could then confirm the suggestion if they are happy to join.

I would really appreciate @DavieP 's thoughts on this post

[edited to include an extra step to support asynchronous decision work]
@Rachel thank you for this post! I think the process you outlined is a good one, especially in our asynchronous work environment. I would also love to hear about @DavieP’s thoughts.

One of our users who is familiar with sociocracy reminded me a while back that one thing that makes a circle a circle is that everyone is doing the same rather specific work, and shares a responsibility for the work of the circle getting done - a great example of this might be seen in the delivery train meetings. Other meetings are also really useful (indispensable really) like the monthly global update, but that doesn’t make the attendees a “circle”. I agree that a circle, once defined (by the work it does, maybe rather than the people), should have the power, ability, and responsibility to make decisions about how its work is done, which I guess is the principle of subsidiarity.

@Erioldoesdesign and I attended a workshop a while back, and we had a chance to practice the consent decision making process, which is a structured approach to creating a proposal that everyone is willing to try, and that ensures that all voices are heard. A description of the process and a real-ish time demo are below.

If you try this process in your circle, please let us know how it worked for you. If you would like to practice or review the steps we would love to support that for you. The process we learned and practiced requires a facilitator, which can be of course anyone who is willing to keep the conversation from wandering off. In general, the steps to consent (not consensus) process are:

We hear that once people get used to the steps, consent can be an efficient and powerful tool for moving work forward. We also hear that especially at first, the wisdom of “good enough for now, safe enough to try” is an important thing to keep in mind. 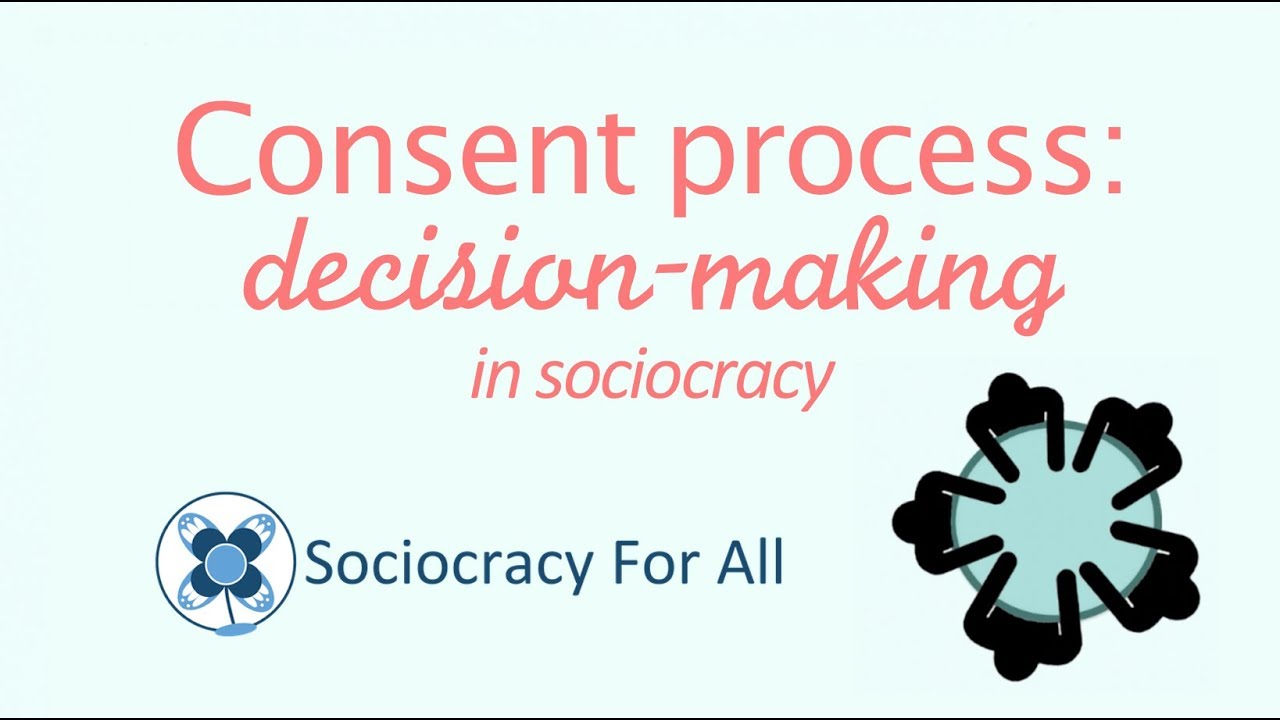 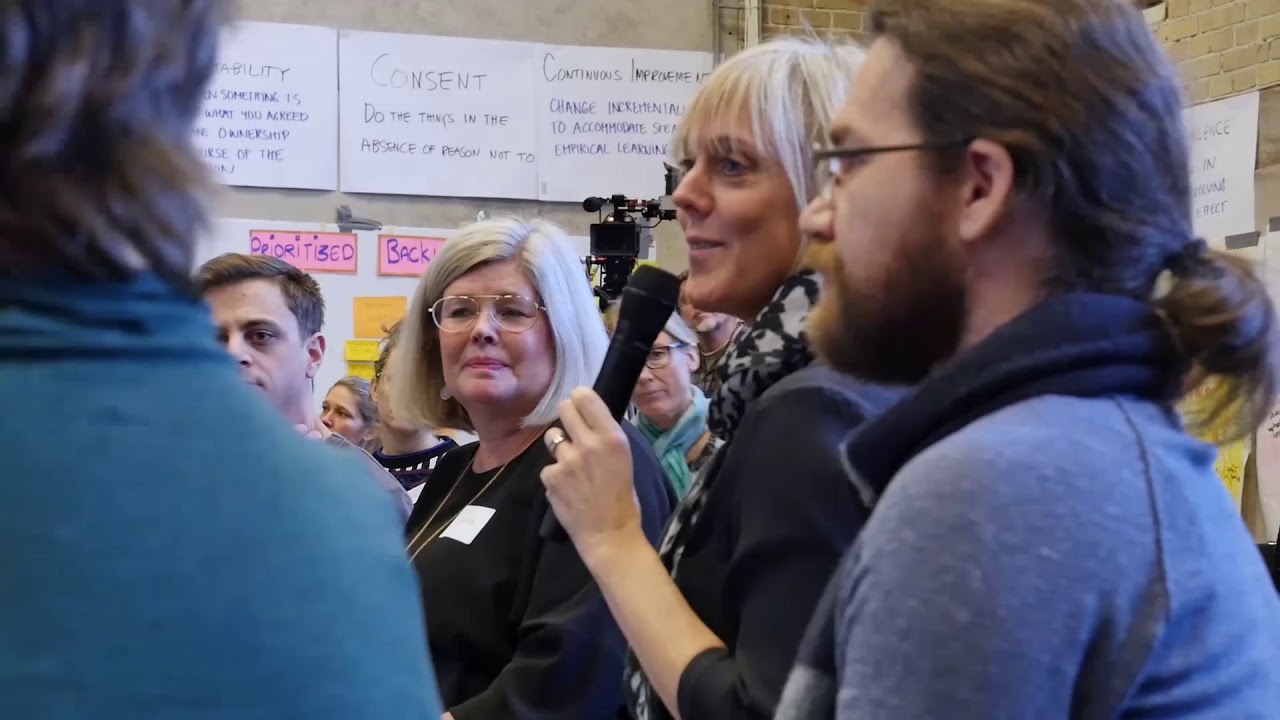 All - This is an exciting discussion and is helpful for clarifying global process (from my perspective in pursuit of the OFN narrative for fundraising). It would be really helpful to hear what you are thinking needs to change around managing global decision making meetings, documenting the decisions and ensuring that people are aware of them (as opposed to just having access to them - which I think are often two different things).