I have always asked myself the question, and now we are receiving the question from some of our users who try to be as much consistent as possible… we are wondering why the maps on OFN is based on Google Maps and not Open Street Maps? Is there any specific reason? Or could we switch to Open Street Map?
Which is an open source equivalent version of google maps…

@RohanM or @maikel probably you can tell, I’m sure there is a reason

There are great libraries like Mapbox for Openstreetmaps(OSM) which are gorgeous and at the same time have varied usecases.
Can think of Foursquare etc. as examples which strike which are using it.
The Mapbox team in India, based out of Blr. are friends with me and we are part of the organization called Datameet, so I can try initiating anything, if we want to take it forward.

The decision on Google Maps was done a couple of years ago. At that time, Google Maps offered a better feature set. But it’s probably a good to review that decision again. There are two questions:

Then there is also the question of how easy OSM can be integrated. Currently, we use AngularJS directives.

We would be very happy if you can make a feature table to compare and we can go from there. The next step would be (mock) screen shots and then a prototype.

I was presenting OFN at an Open Source event this week-end in France, and well, it’s crazy how this is the first thing people notice when they see the interface… French people are very rebellious

Anyway, as long as google maps is free, this is not a priority, but if someone in the OSM community would like to work on that, that could be great!
Here are the threshold and prices for Google Maps for info: https://www.google.fr/intx/en/work/mapsearth/products/mapsapi.html

Another tweek, they told me today, could be to change and use an OSM tile server, that would change the appearance of the map, which would look like the OSM interface, without touching the google maps API, that could be a way to test the appearance part, and even if it’s a bit “fake”, people would stop telling us we are inconsistent using Google maps instead of OSM

If we change the API, they recommended me leaflet or openlayers.

But again, being pragmatic, I think improving the features needed is a higher priority than that for the moment.

I have tried a little bit. And now I can use openstreetmap as the default tiles server.
Have a look at the picture as a result. 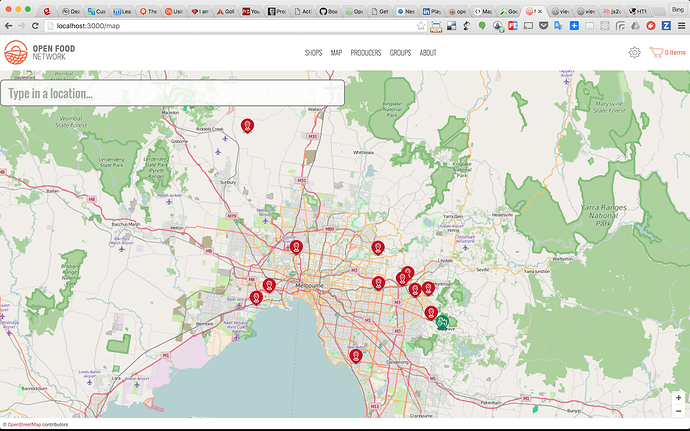 If this looks good, what should we do for the next step?

@MyriamBoure @sreeharsha @maikel @serenity what do you guys think? Worth swapping over to this tile server?

I think that looks pretty good. What about the search? Do we use Google Maps to get the coordinates of a place?

Ok, so @serenity and I think it’s a good idea to change to this open street map tile view. We lose the access to Google Street View and also Satellite, but we don’t think this is a deal breaker because they are secondary functions on the map and assumed not frequently used (will know soon enough if people complain that the satellite view is gone).

long time no weigh in, but this just popped up while i happened to be in
emails. haven’t read the thread so not sure if this has been discussed
already (or is relevant), but one of the original reasons for using google
maps rather than open street map was just that the latter *was *really
really crap for australian rural addresses e.g. large areas of non
coverage. if it’s a switch being considered then best check if that is
still the case

if irrelevant just ignore me

The catch cry in the office when we saw your post @Kirsten was “SHE BACK!”

We won’t swap over to Open Street Map at this stage (need to understand if anything has changed and also consider it as less a priority than other features), but changing up the tile server seemed a good idea given @MyriamBoure’s experience:

I was presenting OFN at an Open Source event this week-end in France, and well, it’s crazy how this is the first thing people notice when they see the interface… French people are very rebellious

I have signed in to Open Street Map and it looks good - very aligned to our values. It is plenty detailed enough for the UK.

So if and when you want switch then it is fine by me.

Great to have you back @Kirsten

Yes, agree this is a good idea.

I’m 100% all up for aligning values but I feel it’s far more important to be able to map producers in rural areas. So it would be great to test the bush and the highlands before committing to this.

OK, so we’re all in agreement not to change out from Google maps at this stage, however changing the look and feel of the map to be that of Open Street Map is a nice first step.

Thus, @bingxie let’s go ahead and put the Open Street Map tile server into production and then close the gitHub issue. We can add another if we decide it’s something worthy of attention at a later date

Could I please clarify, are there two different issues here? Arent the map display and the service used for getting addresses separate?

Or is it that the location of pins is geocoded on the fly when the map is shown?

Hei there! Great job @bingxie, thank you for working on it!

As far as I understood, the point of changing the tile server is just display the OSM look but keep using the Google maps API (because as Kirsten mentionned, OSM is probably not covering up all what is needed), so I guess it doesn’t impact anything in terms of data… we’ll that’s what I understood when I talk to the OSM people, but I ask now to be sure, I know some people from this community

Ok, I got the confirmation, the address stay from Google Map as long as we use the Google Map API, the tile server is only for the appearance

Great that you could work on that @bingxie ! Thanks a lot, that will save us a lot of comments about Google Maps

Of course that will be even better when we can really switch to the OSM API, but let’s take it step by step and this first step definitely solve today’s issue

Ok, I will continue to finish it.

There is another issue. When you are doing a map search, the google map logo will appear on right corner of the addresses dropdown. 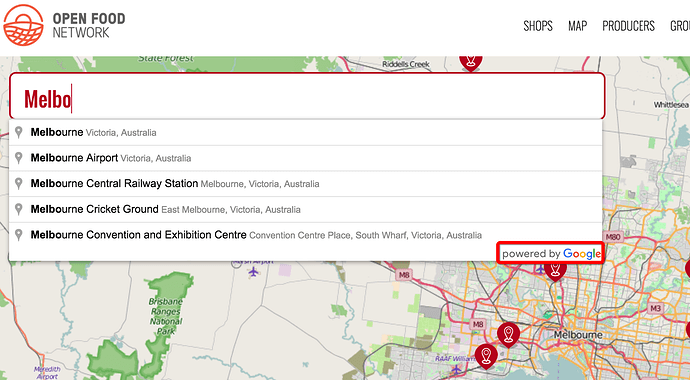