Proposal: Inactive instances - process for retiring, pausing, or shutting down

@instance_managers Please make any comments on this proposal by 23rd August 2022 when we will implement the proposal.

Background: There are several instances of OFN that appear to be dormant. They have no active shopfronts and in some cases are not deployed up to date. In some cases the map and/or other functionality is not working.
We are concerned that this is potentially a reputational risk to OFN and would like to be able to ‘mothball’ an instance in a way that makes it as easy as possible for others to pick it up and revitalise it in the future.

Here is the proposal:

What does the “home page alert” at /admin/contents/edit actually look like when it is in use? This is what we are proposing to change.

Wondering if we should also request/require the limiting of admin users in a paused instance so that the instance is not exposed to that security risk (which includes access to user data if the instance has traded before)? Is it practical/smart to not have any superadmin users in an instance which has been orphaned?

It is unlikely anyone will be able to access the majority of dormant instances. If they weren’t set up within the global process then we can’t access them.

What does the “home page alert” at /admin/contents/edit actually look like when it is in use? This is what we are proposing to change.

It overides the register banner. It’s a way to customize the grey banner on the front page: 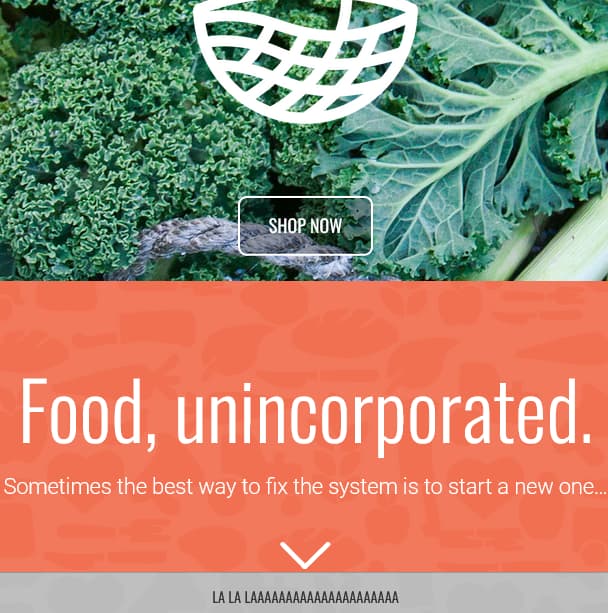 Ah so any shops would show up, which might be confusing or make it look like it is still active?

I feel this is a sound proposal, and I write this from the point of view of an instance who hasn’t been able to meet the expectations for a while, like keeping up with deployment – although we’ve just recently raised the money and hired someone to do that.

If, at any point, the community decides OFN-BR is doing more harm than good to its reputation, we’re open to getting into ‘mothball’ mode.

Is there a reason this is preferred to taking down the app completely? I think at the Coordination Circle, there was concern about both legal liability and impact on the OFN brand if an instance is not keeping up with deployments yet has left the app active.

I wonder if we should add a bit to the pledge that acknowledges, if an instance is not able to regularly deploy updates and maintain the site, then they agree to take it down. Of course if they refuse - or are non responsive - there is unfortunately little we can do. This makes me wonder if a condition of starting a new instance is sharing credentials for their server so we could remove the app in such cases. Am I sounding overly dogmatic here? I just worry about our image with so many non-current apps out there.

Thomaz and Lynn bring up some good points if I am understanding correctly:

…and the bigger/community questions here are whether and how the community pledge will be updated, and who will take on the work of determining instance status for the purpose of determining whether an instance is being used, and if any instance is not responding to communications, how is that instance treated (assumption is that someone in the country owns/controls hosted data and domain name) – what is actually involved in taking the instance down completely (per Theresa’s comment above)? How do we move ownership from a mothballed instance to someone who wants to restart it when the mothballed instance is controlled by people who don’t want to give up that control?

Hi Laurie, as always thanks for initiate growht conversations. I want to share my point of view as an instance manager, consultant and very interested person in contribuite to OFN succes in the world.

I thing the concern has two parts:
(1) “We are concerned that this is potentially a reputational risk to OFN and (2) would like to be able to ‘mothball’ an instance in a way that makes it as easy as possible for others to pick it up and revitalise it in the future”.

My point of view:

Hi @hernansedano nice to see you again! Hope you are doing well.

I definitely see and agree with your point about diluting people’s energy - this proposal is maybe more in the realm of “housekeeping” than “architecture”. We are hoping to devise a solution that involves minimal effort and also provides clarity and an exit/transition strategy for quiescent instances. Perhaps you are saying that these are not good uses of people’s time, given all the other things people could be spending time on?

To answer your questions from where I am standing:

Hi @lauriewayne1 , thanks, I’m ok, now writing from Spain but still trying to achieve OFN Colombia get new hands to growth.
Maybe, as you said before “this is a big topic”, no just “housekeeping” but the point of inflection to improve the “architecture” of OFN to the next big jump.

Seems in this discussion we have evidenciate an architectural contradiction:

Then the big question arise, What do we mean by OFN?

This is a fundamental architectural question, what I see is that the current architecture assumes OFN as (a), therefore assuming OFN as (b) may be the turning point to start exponential growth. Continuing to assume OFN as (a) will cause more and more contradictions to surface and the energy to remain focused on fighting for survival.

My understanding is that the Open Food Foundation has legal oversight over the ‘brand’ - “Open Food Network”. So this is about ensuring that brand is deployed in keeping with our values around the world - and doing that without any significant resources. (It would be easy if we had dedicated resources to do this.) So right now we rely on groups wanting to set up new instances to agree to a pledge. But that pledge does not address what we do when our ‘brand’ is out there and no one is acting in a stewardship role over it. It is on a website, not being maintained, and slowly decaying. So visitors, and people trying the app, get a negative impression of Open Food Network.

I think its better to give people no impression than a negative impression.

A simple suggestion: We add to the pledge:
When deploying a branded instance, the new instance agrees that if they find they are unable to maintain the app (ie - keep versions up to date), they will remove it, until such time as they have resources to support it. I’m just not clear on what ‘remove it’ means from a technical point of view. Is there a way to close off public access, but still leave the app on a server? I say this because, when starting an instance, you need something to ‘show and tell’ about - so the instance in formation still needs to be able to provide a private link to the app for funding applications, partnership development, etc.

I think the potential negative image is real. I guess as an absolute minimum we remove links to inactive instances from the global website - is that sufficient?

The determination of whether an instance is no longer active (and the definition of “active”) is up to the people who run the instance and there should be no pressure on any instance to perform according to any external rules or schedule beyond adherence to the Community Pledge and the license (which is owned by the Open Food Foundation, as @tschumilas indicated).

I propose we amend the Community Pledge to include something like:

What do you think? Do we want to touch what happens to the data in a closed instance or just consider it the business of the people who were running the instance at the time?

I think that trying to solve the symptom and not the root cause is pointless and time consuming. As I see, the root cause is deep in the architecture of the solution.
Today’s architecture is, for the growth of OFN, we allow anyone who thinks they can run an instance to become an affiliate, and we hold out hope that the instance itself will grow and start contributing to the pool, we are “( a) A sum of independent instances”

Maybe this is a time consuming issue for the core team and at the same time a vanity metric we think OFN is in many countries but maybe if we measure total activity 80% of transactions come from 20% or less of instances.

If we change to see OFN as “(b) A system of interdependent instances”, then it becomes necessary to change some rules to be co-responsible as OFN to ensure that any new instances actually contribute to the system.

@Kirsten what do you think?