OFN USA as an agricultural cooperative

In the US there are many classifications (for legal and tax purposes) of a “cooperative”. I am in touch with some hubs who operate as agricultural and non-agricultural cooperatives (including our own lovely OFN-USA hub, Plowshares). I’ll add details to this thread as I gather more information and insight. In the meantime, here is an initial stab at what it might look like from a pricing perspective (since the most common question people ask is “what does it cost?” and up to now we have not had a good answer).

One idea would be to have member tiers based on sales and nonprofit status, and within each tier, there are members and non-members. Members pay a set rate per tier and can pay for their fees with volunteer hours. Here are the proposed tiers and tares:

Should everyone pay an initial membership fee? Yes, how about this: after using the system for 3 months or $5k of sales (whichever comes first), the user can decide to go forward and pick a plan, and pay some nominal fee like $50 (for non-members we call it a “setup fee” and for members we call it a “membership with the setup fee waived”). They can only switch plans every six months unless we have a stern conversation with them.

Are customers members? For the purposes of OFNUSA, no, partly because we don’t have the capacity to to manage/bill it. Customers could still have a voice through their hub if their hub was cooperative of course.

How to handle tracking volunteer hours? For now, something simple like a combination of Toggl and a spreadsheet (or even just a Google form). In the future, Chairman of Strategic Partnerships @MSFutureFarm may help us integrate time bank systems, thereby elevating each of our initiatives for the good of the universe.

I guess it goes without saying that we don’t anticipate having enough profits to make use of any kind of dividend strategy in the near or mid term, but I suppose we might as well come up with one, like after budget (which includes global OFN) and reserves are paid, extra money gets split between global commons, OFN US, and in the form or dividends or refunds to members proportionally on their tier and tenure.

@lauriewayne1 this looks good to me. I wonder if it would be better to wait a while until you have more members before making a plan for dividends? It might be that you decide that you want to build up a bursary fund to support new hubs to get started. And if you have already committed to pay back surpluses to members it might be difficult to go back on this???

I am happy to talk this through.

We’re on the same page, @NickWeir . The bursary fund is what I am calling “reserves”, which would have to be fully stocked with $100 bills (well, at least we would want enough to stay comfortably afloat should we meet with stormy seas) before we would start doing dividends. Maybe it would be good to say something about a dividend being possible in the future based on the strength and success of the cooperative, without saying much more about it. I believe it will be quite a while before there is a surplus after money has gone to the US organization to hire people, pay for infrastructure, and do the things orgs do like marketing, sending people to global gatherings in the south of France, budgeting, and so on; to the global team for the same, and to fill that roomful of gold coins and pearls and stuff we’ll keep just in case.

I really like this @lauriewayne1. In Can, we have been exploring a coop setup (we can do that within a NFP umbrella I’ve been told) - and this is a nice model. In mid Feb, I’m going to a coop meeting and with your permission, I would run this by them as something we are considering - is that OK? Just to get some input from others who work in co-ops. I’m curious about the volunteer hrs being mandatory at the top tier. What do you consider volunteer hrs - for ex - if a large hub agrees to take on mentoring new hubs starting out and in doing so, promotes OFN - would this count? (brilliant idea)

Hi @tschumilas yes that would be great to run it by as many people as possible, thank you! I will keep tweaking the model as I integrate what I learn from the co-ops I will be talking to so stay tuned and feel free to help with the tweaks base don what you learn. The thought about the mandatory hours for tier 3 is that this is what differentiates a “member” from a “customer” - at $5k or more a month of sales, this operation has some serious knowledge about using OFN well and hopefully the resources to pitch in to help with things like mentoring. A “customer” might not have the same buy in, and even if they do have expertise, may be less motivated to contribute volunteer hours (because if they are not a member they don’t get a key to that roomful of cash that would one day turn to dividends) (but also because they might have more of a “software as a service” attitude) 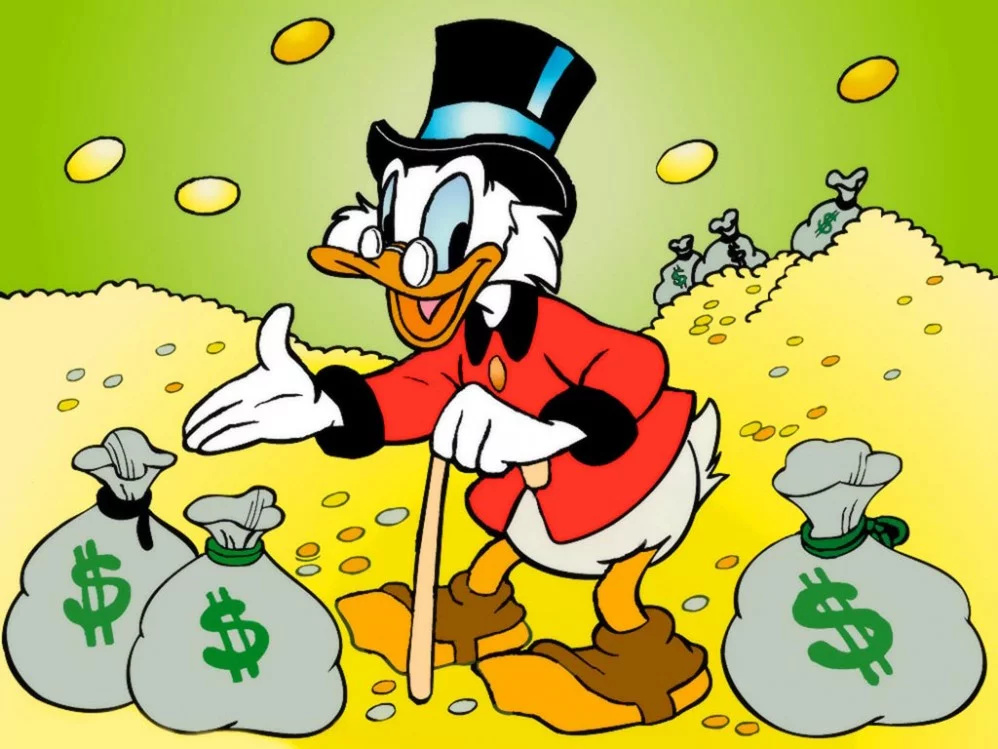 Quack - have you folks decided you are def going ‘for-profit’ co-op then? Here, we are thinking co-op but within a not-for-profit (so no dividends anticipated). Are there some funding partners that will only support NFPs you might be considering? Maybe - there is a way to stage the formation - start as a NFP, capitalize on grants, then switch to for profit? The strategy depends on where you think the support is I think. (so much to consider - eh?)

We haven’t really decided anything - there is a lot of homework to do, for sure. I think staying a nonprofiit for now makes a ton of sense for funding as well as taxation reasons. Seems like the thing to do is just to kick the dividends can down the road a few years and revisit when we are way more viable. I am not super excited about grants and such because they are so much work and overhead (depending on the grant) but keeping a tax exemption allows donations from individuals and others to be tax deductible so that’s a good thing. I imagine a healthy division of money in would be roughly one third each of grants (that’s money that comes with an agenda), donations, and fees for use of the system as noted above.

Questions asked by a potential OFN user who saw this model (my answers in italics):

“Would an annual billing cycle might fit with the farm’s cash flow a little better for a member? Such as getting billed in November when cash is high and you know what sales tier you have hit for the season.”
I love making the choice yearly after the harvest!

“If I were to streamline our operation and funnel all meat and produce sales into the OFN portal- using it for both wholesale and retail it would put me in Tier 3, but our farm is still not profitable and 1800/year is a big line item. Also some months may be lean and some fat----with seasonal ness of our businesses. so would you jump between tiers depending on your month end sales totals?”

_Yes, an enterprise would jump between tiers based on their sales for that month, so lean months would be cheaper. Even if there were no sales at all, though, there would be that minimum “keep alive” contribution - 3 hours/$25 or $5, depending on membership status. So in the lean months a member could do some volunteer hours and not have any cash outlay at all. The yearly commitment would be whether a person/enterprise would be a member or not. At this point the question about whether hours could be “banked” comes up – it would be advantageous to the member for sure, especially in the case of tier 3 because if you are busy enough to do $5k+ of sales, you probably don’t have an extra 8 hours laying around to volunteer, but OFN would need some amount of volunteer effort during the high season too (thinking mentoring/tech support). Then again, if it did take off to some extent, I guess we could actually pay someone to do tech support-y stuff in the high season (and if we worked it right, we could easily have 24 hour live support by hiring Australians and Europeans too which would be pretty cool because to some extent the support operations could be shared and North American folks could help out during the wee hours in Australia for instance).

Here’s another version based on @jveilleux’s excellent suggestions. Same deal for members, different deal for non-members.

This is kind of assuming some free trial period, which I believe many instances have? That could be time and sales based, like three months or $2000 of sales, whichever comes first?

Wanted to make sure this proposal was captured. With so much of the time and effort spent on onboarding, I think @tschumilas presents a really strong proposal in Slack (link to thread: https://openfoodnetwork.slack.com/archives/C59ADD8F2/p1550591700038700)

SO disappointed here that we are talking SO much with hubs -but no one is on-boarding. People tell me they are values-aligned with us - but they just can’t take the time to consider a platform change. So - here’s a new idea I’m thinking of floating at a food hub/co-op conference I"m presenting at next week - tell me what you think. I’m calling it a ‘legacy users’ program - like a tech-CSA (kind of). So - first I do a quick (free) email exchange ( a form based thing) to give a hub a basic description of how it would work for them. If they think its OK - they pay OFN-Can in advance a NON-REFUNDABLE amount - maybe 1/2 of what the platform would cost for a year. This is their sharing the risk. I set them up and train them (volunteer based primarily). Then they can use the platform until thier ‘deposit’ runs out - then I bill them, or they stop… BUT the idea is that these funds are earmarked for global development. OFN-=CAN would find a funder to match the legacy user investment. THEN - if other instances did it - we could tell people how much their small (like $500) investment is leveraged toward global open source development. I think it appeals to values-aligned users who don’t have time to investigate us. ???

Here are some scenarios that show, under the currently in-discussion model, what an enterprise’s contribution would be. Are our numbers too much? Too little?